We are the most experienced and largest warehousing company in the country. We have achieved an infrastructure of more than 2,130,000 m2 since 1985. They are distributed in 14 centers: seven of them are in Santiago, four in other regions (Antofagasta, Chillan, Temuco y Puerto Montt) and three in Lima, Peru.

Every BSF Center works as a "warehouse condominium" which offers its own administration, a great infrastructure and a wide range of associated and services.

To develop large scale logistics centers, strategically located, safe and innovative for the purpose of renting warehouses to companies of all sizes, maintaining competitive and stable rates over time.

To be the leading company in the market of renting of warehouses in Chile, accompanying our clients in their growth by permanently fulfilling their needs.

At Bodegas San Francisco we provide the service of renting warehouses within our logistics centers. Our commitment is to establish long-term relationships with customers through permanent and close contact with them, to offer flexibility, to grow continuously, to give them agile solutions to their storage requirements and to innovate, in order to add value to our service. For this, we instill in our people operational excellence, dedication to their work and the closeness with the client. We constantly work for the improvement of our processes, we fulfill the legal requirements and of our interested parties for the business development and keep tight control our cost structure to take care of its profitability. 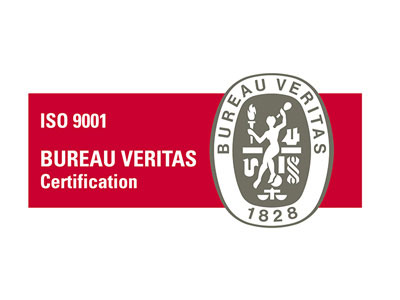 We are committed to the service functionality and quality. We provide added value and create communicational mechanisms that allow the permanent contact and closeness with our customers in order to give efficient answers and solutions.

In 2005, a Quality Management System was implemented in accordance with the requirements established by the ISO 9001:2008 International standard. Since then, we have worked based on the continuous improvement.

In order to obtain added value to our storage service for lease, we have incorporated complementary services so as to facilitate our customers’ operations and enhance the comfort of users who enter our facilities daily. 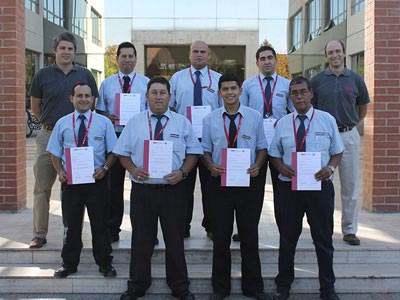 In BSF, we are committed to the personal and professional development of our partners through benefits and projects which are after quality and welfare betterment. We are also committed to propitiating the employment stability and progress opportunities.

In 2016, we have aimed at committing to the personal development of our employees, so we have supported them with the necessary opportunities to complete their secondary education. 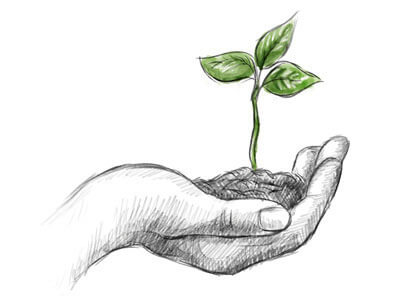 Our commitment to the environment is oriented to the constant search of new technologies for the energy saving and waste recycling. 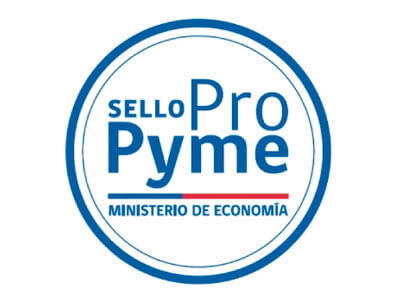 Our commitment to suppliers aims at providing SMEs with the certainty of having the necessary work capital to face new projects on time.

In 2012, we obtained the SME Pro Seal (Sello Pro PYME) certification given by the Ministry of Economy. This certification guarantees the invoice payment to our smaller suppliers within a period of 30 days. In this way, we can ensure that SMEs will receive their payment in less than 10 days. 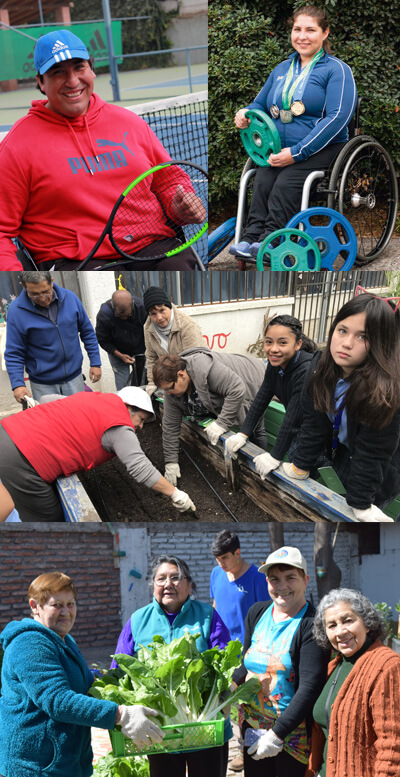 Our CSR actions towards the community are aligned in two strategic focuses: establishing connections with the school communities in the towns we are present targeting at becoming a local educational and sports contributor. Since 2013 we have approached schoolchildren from Pudahuel closer to the theater and have improved the infrastructure and furnishings of Elvira Santa Cruz school.

One-third of the BSF founding members leave the company. As a result, a total of 55,000 m2 from the 151,000 m2 built warehouses remained. BSF brand is created in order to be differentiated from its ex-partners.

Warehouses of 101.000 m2 are built in Lo Espejo and Lo Echevers centers.

The construction of Santiago Logistic Center starts with the tailored project of Telefonica CTC Chile. A 10-hectares land is acquired in La Negra, Antofagasta, which begins the regional expansion of BSF. The land search starts in the cities of Chillan, Temuco and Puerto Montt.

The warehouse construction continues in the Santiago Logistic Center, and the first office building is built. Constructions are carried out in this place, and the Puerto Madero Sports Center starts operation for customers and companies related to BSF.

The constructions in Antofagasta begin and it is presented in the first stage in November (4,000 m2). Lands in Chillan, Temuco and Puerto Montt are acquired in order to start the regional expansion.

The constructions in Santiago Logistic Center make quick progress in a pace of 5,000 m2 monthly. The construction has been done since July 2002 to comply with the long-term contracts. In Puerto Montt, the first stage of 5,000 m2 from Puerto Montt Center is operational at the end of the year. Antofagasta Center already counts with its first customers.

Neighbor lands in Pudahuel are acquired. They allow the Logistic Center to reach an almost 75-hectares land. The constructions of this center make progress very quickly accomplishing 160,000 m2 built.

The occupancy level of BSF’s centers is the highest in its history. The second stage of Antofagasta Center is built adding 3,000 m2 to the existing 4,000 m2 Puerto Montt Center receives its first customers since March. Temuco Center begins constructions on the route to Manquehue Airport.

Five important contracts of distribution centers are signed. This implies a strong construction during 2015 and an increase in the construction pace of 10,000 m2 monthly. The first stage of Temuco Center (5,000 m2) is operational and meets its first customer in April. Bodegas San Francisco has been on the marked for 20 years consolidating its strong leadership.

A 10,000 m2 warehouse construction pace is maintained every month increasing the capacity installed in Santiago and Antofagasta. Chillan Center is opened in December with an installed capacity of 3,750 m2 built. New complementary storage services for lease are developed such as Servipag, cargo agency, training courses, etc.

Constructions continue at the same pace and new lands are acquired in Pudahuel (35 hectares) and southern Santiago (14,5 hectares). Chillan Center meets new customers. *ISO 9001:2000 Quality Management System is already consolidated, and it reaches 3 years on the market. The Office Building begins the second stage of construction in Logistic Center 1 (Pudahuel).

A new land of 80 hectares in Pudahuel is acquired. Also, the process to increase the pace of construction to 13,000 m2 monthly starts. Logistic Center 2 becomes operational in Pudahuel, and the capacity of Puerto Montt Center is expanded.

BSF opens an internalization process by acquiring a 15 hectare land in Lima, Peru. Additionally, the capacity of Antofagasta Center is expanded and the construction of a new Logistic Center in La Farfana, Pudahuel starts. This last project is being projected as the largest center in Latin America.

The pace of construction of 10,000 m2 monthly is taken again. The new centers are opened: La Farfana in Pudahuel and Villa El Salvador in Lima, having more than 900,000 m2 built.

A monthly pace of construction of 12,000 m2 is kept in Laguna Sur and La Farfana Logistic Centers in Pudahuel. In Peru, the new center Portada de Lurin is opened. BSF already adds up more than 1,000,000 m2 of warehouses built and leased.

The pace of growth is stable reaching 1,200,000 m2 built in Chile. The construction of the new center Vespucio takes place in Pudahuel, and Antofagasta center is expanded. In Peru, the construction of Portada de Lurin Center is consolidated, and more than 400 hectares for future company growth are acquired. Also, we opened the first center in Colombia.

In Pudahuel, new lands are acquired having more than 200 hectares in total. This ensures the company’s continuous growth for 15 more years, at least. In Chile, an amount of more than 1,300,000 m2 of warehouses built is achieved. In Peru, the pace of construction is kept, and the small and medium storage market is explored. In Colombia, an amount of 65,000 m2 built is accomplished.

The Warehousing and Storage History in Chile

Warehousing and storage is a necessity that has always existed, but throughout history it has been undergoing some changes. Its origins date back to the beginning of the last century, in which highways were similar to trails, so the burden for transportation fell mainly on the railroads. There were good warehouses in every station and a good service was provided -there were railroad deviations which reached the private companies located near the railroad tracks. By this way, the first “Distribution Centers” were born.

The railroad collapse contributed to the development of ground transportation of people and cargo on public roads. The new factories started being located in remote areas, and these warehouses were inconvenient due to distance. Accordingly, the entrepreneurs started to project their own warehouses in their facilities and remained as such for no more than 20 years ago.

The outsourcing tendency started gaining force among companies. Aiming at optimizing resources and diminishing expenses, the foundations of the concept of “Warehouse Condominiums” were laid. With this, several companies were able to store their goods and divide the operational expenses such as maintenance, surveillance, infrastructure, etc.

The warehousing and storage industry in Chile has had a great short-term development. Twenty-five years ago, there was nothing similar to the current concept of Warehousing or Distribution Centers. The competition generated after the market incursion of many companies who started warehousing, provoked an accelerated development that ended up as modern Warehouse Centers with a great variety of associated services.